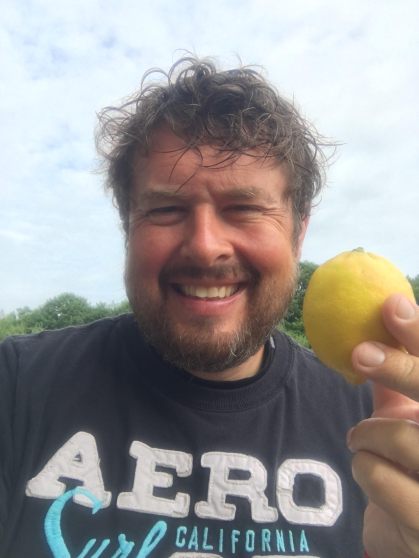 I was reflecting back to just a few years ago, and it seems turning lemons into lemonade may have been most important to me then.  A spiritual leader in my life encouraged me to leave social media for awhile, and in fact, was adamant that I do so immediately. This was during the time of my divorce, and I guess it made sense to me too, so I willingly obliged. We were both wrong, but neither of us had a clue.  Before we go there, however, this story is best told through the eyes of Bono, the lead singer of U2, who recently said in his interview with Eugene Peterson “Why I am suspicious of Christians is because of this lack of realism.”  Bono went on to say “I would love if this conversation would inspire people who are writing these beautiful…gospel songs, write a song about their bad marriage. Write a song about how they’re pissed off at the government. Because that’s what God wants from you, the truth.” At the time of this interview, I wrote on this very blog that Bono has the platform to help enable this to happen, so I was critical of some of what he said, but it doesn’t mean he’s entirely wrong. At all. In fact, the more I’ve considered it, he’s probably more right than almost anyone else I’ve heard speak on the matter.  A few years ago I did as I was encouraged to, and put up a post and left social media for about a month, intending at the time to be gone a lot longer. But then…it happened. Messages came in from friends old and new writing to me about their struggles and what God had done through my encouragement over the years. I was humbled. It didn’t make any sense, though. Why would God want me back on social media? I prayed about it, and suddenly I received a message that rocked me to my core.  It was simple and focused. An old friend (and I share this story in depth in my new book) told me she believed the devil was trying to take this gift of joy the Lord had given me, and that his mission was to shut me up. As I poured over the messages I had been sent recently, I came to a realization of what my purpose on social media was, and a big purpose in my life it held. The Lord wanted me to provide encouragement and truth through the written word, and this was the path he had given me. There would be no pay. It would likely be misunderstood at times. It might annoy the snot out of some, or cause others to judge me. But regardless, this was the ministry the Lord had given me, and he would humble me and lead me to wherever he wanted this to go.  I was a broken man, in the middle of enough drama and chaos to sink a battleship, and I was being told I needed to be quiet by some of the people I trusted the most. In the meantime, the Lord was speaking through many of you, and he put me in a position where I had to listen to his voice above anyone else’s. And that’s when I figured it out. Yes, the evil one had thrown a bunch of lemons at me, but God was making lemonade, and he wanted this story to be told. It’s a story of rescue and grace and a powerful God who won’t ever stop loving us. Some might say the whole lemons to lemonade thing is corny, but it works for me. I’m unable to do anything with the lemons, but God can. He can change everything, and he usually does it when we need him to the most. Isn’t this the type of stories we need to be talking about? Isn’t it time we really dig in deep, get authentic, and bring some hope to those who are struggling with some of the same issues? God is all about truth, and if you read Lamentations or the Psalms or Ecclesiastes you totally get this. His word is full of some gnarly stuff, and if you don’t know this, it’s because you don’t read the Bible. These are the writings of Solomon and Jeremiah and David and others, men who had achieved some pretty amazing highs, and some pretty desperate lows. Regardless, they wrote what the Lord brought to them, and it’s pretty raw.  My mission has never been to create the lemonade from the lemons. My mission is to see it once it’s been perfected by God, and to share it with the world around me. Whoever will listen. It could be just one, and honestly, that’s just fine. It could be in the middle of a firestorm, and if it is, I’ll just have to pray God helps me find the words to describe what he’s doing. Whatever it is, this all belongs to him anyway, and he’s the only one who can do anything with those lemons anyway.

In the darkest of times, when hope fades and despair begins to gnaw at you, who do you turn to? The scripture below, from my daily reading today, seems to fit perfectly to this idea, of how this all works for us. So, may you be encouraged my friends, especially in the toughest times. Just know that God is working all around you and hope is just around the corner. His word says so. Our lives say so, and will continue to say so for all of eternity.  “I lift up my eyes to the hills. From where does my help come? My help comes from the Lord, who made heaven and earth.” Psalms 121:1-2