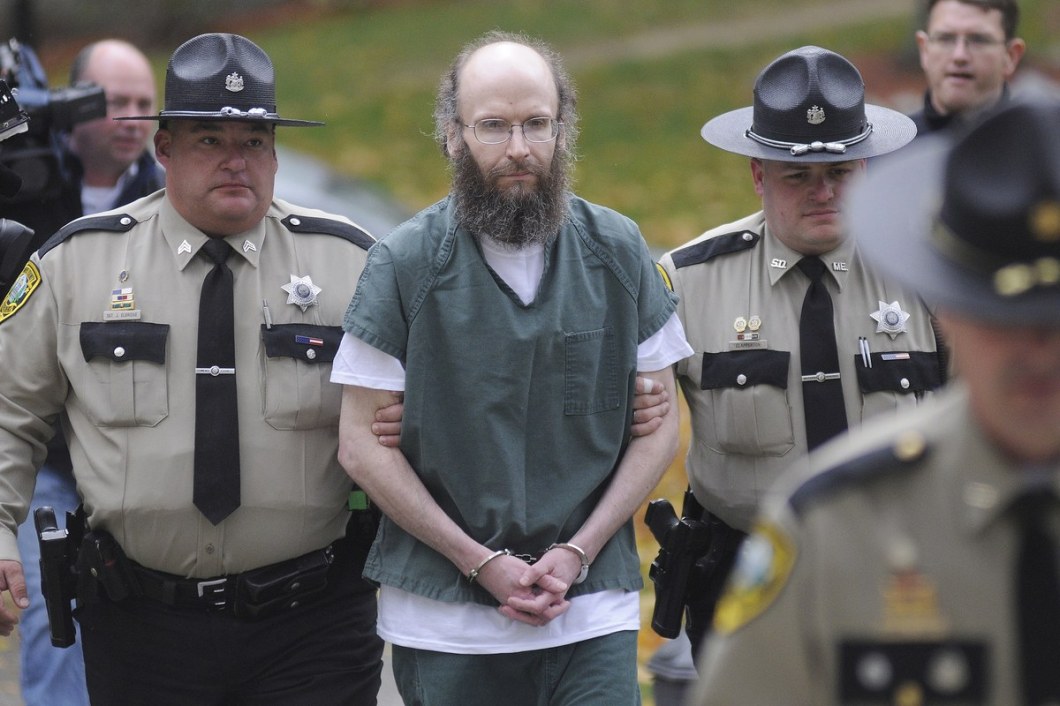 For almost three decades Christopher Knight, dubbed the North Pond Hermit, lived alone in a makeshift campsite in the wild of Central Maine. He hadn’t spoken with a soul for 27 years, choosing a life devoid of friendships, laughter and love in exchange for the deep solitude of a life on the outskirts of the world. The officer who found him said Mr. Knight could move through the woods without making a sound, swiftly and unlike any human he had ever encountered. In even the thickest and thorniest brush, Knight easily walked without getting even the slightest scratch on his skin. It was like he was born for this type of existence.

But, he wasn’t. In fact, because of the choices Christopher Knight made, the next several years will likely be the antithesis of his past three decades, trapped behind thick, steel bars in a prison. Knight will have to line up with other inmates for food, be cramped into small spaces with too many men, and will only be able to see the outdoors through a chain linked fence for maybe an hour a day. I wonder if he ever thought he’d end up in prison for the thousands of homes he burglarized during his stint in the wilderness. The irony of it all is he has gone from the open wild, to closed concrete, and it was all his own doing.

I went to breakfast last week with a couple of friends, and we talked about all kinds of cool stuff. We shared life over a couple of egg white omelets, while our waitress Jen kept our mugs perfectly filled with coffee. A couple times a year I get in one of two vans of twelve runners, just so I can run two hundred miles with a team of friends, some of whom I barely have met. I think that’s the best part, actually. I love the discovery of new friends, and going on the thrilling journey into someone else’s story.

What’s most fascinating about The North Pond Hermit isn’t that he spent 27 years in the wilderness, but that he spent 27 years without speaking with anyone. I know, when you’re like me and you have six kids in one house that thought can be sound a little like utopia, but c’mon. How could anyone seriously spend maybe a third of their lives with zero connection to anyone else. Heck, I’d rather be stuck on an island with my arch enemy than nobody, but it seems that’s not the story of Christopher Knight. He not only chose this life, but sacrificed everything he could to maintain it.

Historically speaking, hermits make the choice to leave their society for either religious reasons, in protest of the politics within their culture, or they have suffered some sort of traumatic event. From what we know, none of these reasons apply to Christopher Knight. In fact, his story might be more of a mystery than almost any hermit before him.

In my book, God Is For You, the second chapter takes us on the journey of community and how upon creation we were intricately woven into each other’s lives. One of the fascinating discoveries I had as a writer was coming to understanding that many of us are living as hermits in society today, and we don’t even know it. I’m not saying our society praises isolation and not contributing to the world around us. I’m just saying sometimes we spend more time and energy getting ready for the picture we will post on social media than we do for our date. Or maybe we will hide who we voted for because we don’t want to be verbally abused or harassed. I wonder if we don’t have the smallest grain of envy in our hearts for a man who probably still doesn’t understand the basic concept of Facebook, and gives weird looks when someone tells him Donald Trump is President. Can you imagine that conversation? Can you imagine explaining the winking emojji someone just texted him?

You know, the most fascinating thing about the story of Christopher Knight isn’t where he has been, but why he left the people who loved him, his family and whatever friends he may have had. Maybe he gave up hope, and I can understand that things can get tough some time, but for 27 years? Really?

Four years ago I was at work looking at the huge window and way across the parking lot I see this lady’s car, and it suddenly stopped in the middle of the intersection and it’s like the heaviest pouring rain outside. I don’t know if it was her engine or something else, but her car was dead and not going anywhere. And before I could even process what was happening, all of these people start getting out of their cars and they come help this lady push her car out of the road. In fact, these two guys did most of the work while a younger woman consoled her, and helped her to the side of the road. They were smiling and acting like it was a sunny day, as their clothes were now soaked in the heavy downpour.

Sure, Christopher Knight missed 9/11, the election of 2016, and the OJ Simpson Trial, but he also missed strangers rushing into intersections in the rain to rescue a stranded motorist. He might have been spared from an increasingly toxic mainstream media, but he hasn’t given a thing back to anyone in almost 3 decades, and I feel  sorry for him.

Christopher Knight has terrorized the good people of rural, Northern Maine for at least a third of their lives. He made the choice to break into their homes and steal their food and stuff. He’s a criminal, no matter how you may view the decisions that he’s made. As bizarre as this story is, we have to acknowledge that the people who lived in his community were afraid of the legend of “The North Pond Hermit” and were worn thin by his cruel antics. Still, I can’t help but feel great sorrow for him.

“You’re the weak one. And you’ll never know love. Or friendship. And I feel sorry for you.”

Christopher Knight certainly isn’t a monster, but he is weak, and even more so due to the lack of love and friendship in his life. I can’t help but wonder why someone would go so far to place himself into such a deep isolation from others. Until that question is answered, we really won’t know, and honestly, even if we did I doubt most of us could truly understand. I know I certainly don’t.