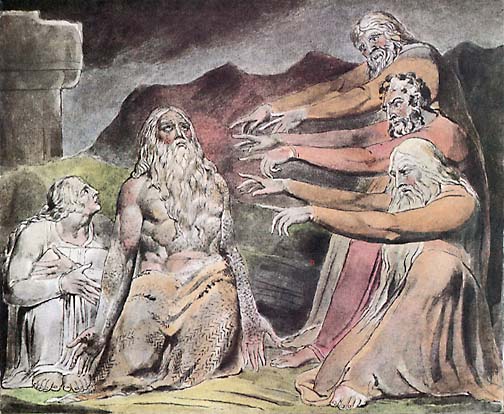 By many of your standards, I’m a horrible father. Seventeen years ago I accidently locked my kid in a running car while we were out of town. I’ve lost a kid at Walmart once, and found her giggling in a clearance rack about twenty feet away. I was within ten feet when my two year old tried to play dodge the speeding car as she sped towards the street. I dove and grabbed her, pulling her to the ground and the car flew by us just as she reached the edge of the curb.  We’ve been to multiple zoos, and sometimes my kids were out of my reach. I lived in Florida years ago, and took my kids fishing in the Everglades. There were alligators in the water, and when I saw one, we made a break for the van. We were probably two feet off shore and wouldn’t have been able to see one until it was too late if it came after us.

Is your primary strength in discovering solutions by writing about something on social media and voicing your opinion? Is this your efforts to change the world for the better? Is this how we do things now?

It deeply saddens me our society is embracing the public shaming of parents who have had to deal with these horrific and tragic events, and don’t think we aren’t seeing the same thing in the Orlando shooting? Maybe we are being more solemn and respectful regarding the tragedy at the Disney Resort, but there’s still been some shaming. It’s too bad, however, we are so lost in all of this as a culture. We have a villain, but too many in our society are either to naïve, cowards, don’t want to hear it or don’t want to dig in to figure this out. Would you like to know who your true enemy is?

In the scriptures we see in the book of Job, tragedy strikes and it strikes Job early and often. His kids are killed by a horrific wind (something like a tornado from what I can tell) tearing through their house. He loses everything pretty much. At first his friends mourn, but then something else happens. After a few days, fear sets in. And pride. Fear is first, because they begin to wonder if this could happen to them. Since they don’t want to even try to figure out what really is going on, they decide to justify this as something their friend must deserve. He must have hidden sin or done something bad! It’s the most insane thing, but while Job is broken and in mourning his losses, his friends try to blame him and say he brought this all upon himself. Pride is next for his friends, because we now see them believing they won’t suffer like their friend because they don’t have that type of sin (which they couldn’t really identify) in their life. They keep pointing and picking and trying to figure out the how and the why. They don’t pray. They don’t ask the Lord for insight or wisdom. They point at their friend’s losses and say “You deserved this. Somehow you did something to bring this on yourself.”

Because this can never happen to them, right? They’re good people, right? Kids don’t fall into cages or get taken by alligators unless their parents screwed up. But wait.

“Didn’t the kid fall into the gorillas area because the parents had too many kids? No one should be allowed to have that many kids, right? Maybe China is onto something?” I’ve actually seen these quotes this week.

Some of the best parents I know have 5 or more kids. They love them, care for them, and raising them to be amazing members of society. Melanie and I have 6 kids together, and we are constantly working to care for, lead, and love on our children. If you think I have too many kids, that’s fine. You are free to judge me, but understand that is exactly what you’re doing. We have a culture that screams we can’t judge ANYONE, except for parents who have too many kids. It’s okay there, right?

Most of the negative commentaries I’ve read are from either people who have either no children and little life experience, or folks who simply are full of themselves. It’s just dumb and ridiculous. If you want to be a slave to media and popular opinion you are more than welcome to do so. But when you display your life inexperience and lack of empathy, just know you’ve been doing it on full display for any of your friends who might need you one day. They just got the message you sent. You were loud and clear, so they’ll find another friend who cares more about them, than your faulty and flaky ideals.

If you think I’m ticked, I am. These parents are broken and defenseless, as the media and social media exploits them and their painful tragedies. The funny thing is, I still haven’t heard one voice speak up about the real culprit in all of this mess.

In the first chapter of Job, the devil seeks to destroy every inch of Job’s life, and does for a little while. He brings the calamity upon Job. The scriptures say in 1 Peter 5:8 “Be sober-minded, be watchful. Your adversary the devil prowls around like a roaring lion, seeking someone to devour.” He is the one who is trying to hurt anyone he can, including the parents of children who have accidents.

We can be a loser society that points fingers, yells, uses statistics to try to prove something, and acts like they know everything. By the way, anyone can manipulate statistics. Or we can “Rejoice with those who rejoice, weep with those who weep. Live in harmony with one another. Do not be haughty, but associate with the lowly. Never be wise in your own sight.” Roman  12:15-16

Many of you need to seriously consider the consequences of how you treat people, especially when you’re sniping at them from behind your screen. This is the game the media wants to play, so don’t be a sheep. If you’re a Christian, study the scriptures and know what you’re talking about. If you’re not, consider the response you would like when you face tragedy in your life one day. If you think you can avoid it, you’re wrong. It will find you one day, and when it does, would you like to be treated the way you have treated others? Maybe that’s something to consider.

So, give grace, my friends. Bountifully and beautifully, extend the best in you to this world, especially when it’s needed the most. Don’t be another voice of negativity, but stand up for each other. Defend each other in times of suffering, confusion, and tribulation. You have one enemy, and it’s the devil. Whether or not you believe he is your enemy doesn’t matter. He is your enemy regardless.

We have hope! God is in control, and through prayer and deeper understanding, we can fend off the attacks from the evil one. We can put all of our trust in God, and be the voice of optimism and clarity this world needs. We can stop blaming each other for all of our problems, and start blaming the one who seeks to devour us. It’s your choice, and yours alone, in how you will live this life. We need you, though. Don’t we have enough people heaping coals on each other already? We need voices of love and grace to fill the social media landscape. It could change everything, and create a whole new culture around us. Something to think about, I guess. I still have hope for all of us, but we can’t treat each other this way and think it’s okay. It’s absolutely not okay to treat people this way. I hope some of you can see this. I hope some of you can find some love, grace, and beauty in your words. I hope none of you have to experience the shaming so many are doing, especially to those who are grieving. And most of all, I hope you never have to grieve a great loss, but if you do, I hope your world is filled with encouragement and friends who love you. We have to learn from this, my friends. We have to shout louder about the enemy, but louder about God’s goodness and love. We can do this, my friends, and when we do, we can change everything. Truly.